You are here: Home / Archives for traditonal wedding proposal

The proposal starts everything in motion for wedding planning. Here are some great stories about wedding proposals gone seriously wrong from Cosmopolitan. 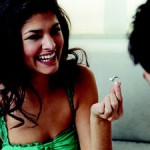 Ring Around the…Ow!
“I was ecstatic when my boyfriend of three years proposed. He took me out to dinner, and the actual proposal was really emotional and touching. Even better: He invested in a serious rock for me. When he went to slip it on my finger, it was a little small, but I was so excited that I forced it on. Within an hour, my finger had swollen to twice its normal size, and the ring wouldn’t come off. When my finger turned blue, my fiancé dragged me to the emergency room. The doctor took one look and said he would have to cut off the ring. I cried the entire time. Luckily, we were able to get a bigger band for the diamond the following week.”

Lovesick
“I love my girlfriend and knew she was The One. But for some reason, I got nervous whenever I thought of asking her. Finally, I decided to put my fears aside and just do it. One night, I asked her to go on a walk with me, and then I got down on one knee. I blurted out the question, and she said yes and started crying. All the emotion and nervousness got the best of me because as she was jumping up and down, I bent over and threw up. We have been married for a year and can laugh about it now, but it was a sore subject for quite some time.”

Alternate Plans
“I wanted to ask my girl to marry me at 12:01 a.m. on her birthday. Weeks in advance, I let her sister, Lisa, know my plan and told her to expect an excited phone call shortly after I popped the question. The day before my girlfriend’s birthday, I went to pick up the ring from the jeweler. I was bummed when they told me it wasn’t ready yet and decided to postpone asking her. That night, she and I still went out, and when I went to the bathroom, my girlfriend happened to call her sister, who picked up and screamed ‘Congrats, bride-to-be!’ I had forgotten to fill Lisa in on the change of plans, and the surprise was totally ruined.”

Gold Digger
“My guy and I had been dating for about a year when we decided to go on a vacation to Mexico together. After a romantic dinner on our last night there, we took a stroll on the beach. I was thinking about how much fun we were having when I looked down and saw that he was holding a ring in front of me. We hadn’t been together for very long, and I was so shocked that I screamed, causing him to jump and drop the ring. When he went to get it, it was buried in the sand. We spent 10 minutes digging it up before I could say yes.”

A Rocky Proposal
“My boyfriend took me to New York City for the weekend and scheduled all these romantic events, like a carriage ride in Central Park, a trip to the top of the Empire State Building, and a really fancy dinner at a nice restaurant. I thought for sure he was going to ask me to marry him because we had been talking about it for a while. So when he hadn’t asked by the end of the weekend, I got really pouty and picked a fight about whether he was serious about us. He tried to calm me down with his usual ‘I’m certain you’re The One; I just want the time to be right,’ but I was so mad that I started packing so I could go to the airport and leave early. He finally had to tell me that he’d planned to ask me that night after a Broadway show. I didn’t believe him until he pulled a ring box out of his suitcase. Unfortunately, my bullying had totally destroyed the moment.”

Surprise Strikeout
“I am a huge baseball fan, and my girlfriend, Sarah, became one too. When I decided I wanted to spend the rest of my life with her, I knew just how to ask her. I got tickets to a game, called the field, and paid to have ‘Sarah, marry me’ flashed across the jumbo screen. I was told that the announcement would be shown between the fourth and fifth innings. So when Sarah got up to go to the bathroom after the third inning, I thought it wouldn’t be a big deal. As I was sitting there by myself, the announcement flashed on the screen, and a camera pointed directly at our seats. The entire stadium saw me sitting there alone. Sarah came back a few minutes later, but by that time, the moment was long over. I asked her anyway, but it wasn’t quite the surprise I had hoped for.”

Indecent Proposal
“My boyfriend called and told me to meet him at his place for a date. I was running late, so I decided just to go over first and then get ready — I leave plenty of makeup and clothes there. I drove over in pajama pants, with my hair in a ponytail, and wearing no makeup. When I walked in, my entire family was standing there, and my guy was on one knee. Flashes started going off as my two sisters began taking pictures. All I could think about was how terrible I looked for one of the most important moments of my life. I was so embarrassed that I actually started crying. Thankfully, everyone thought it was because I was happy.”

In the Doghouse
“Tanya, my girlfriend, really wanted to get a puppy, but I told her I didn’t think we were ready for that responsibility. About a year later, I knew I was ready for our relationship to go to the next level, so I planned a sweet surprise for her. I picked out the perfect ring, then found a breeder and bought a baby golden retriever. One day, when Tanya wasn’t home, I brought the dog there and tied the ring around its neck with a thick pink ribbon. I figured that she would come home, the puppy would run up to her, and she’d find the diamond. Well, she got home, found the puppy, and was thrilled…but when I told her to look around its neck, nothing was there. Somehow, when I wasn’t looking, the dog had pawed the ribbon off its neck. We had to ransack the entire house to find the ring.”

4 Tips for Getting the Proposal You Want

1. Keep All Love Expectations Real
High hopes in any romantic situation are normal, but there’s no need to freak if things don’t go as fantasized.

2. Enlist Your Friends
Ask a pal to let you know when you’re overreacting. Sometimes friends think you want them to humor your unrealistic complaints. And don’t judge your guy based on what your friends’ boyfriends do. It is not fair to him (those dudes have flaws too!) and will only make you miserable.

3. Focus on the Good
He showed up with two dozen tulips, totally spacing that you love pink gerbera daisies? Thank him for remembering that you love flowers, and concentrate on how lucky you are to have a man who tried. Dwelling on what you didn’t get only encourages you to find fault.

Link for the Cosmopolitan article:http://www.cosmopolitan.com/sex-love/relationship-advice/wedding-proposals-gone-wrong-0508-2

Comment on this story and tell us your favorite proposal story too! 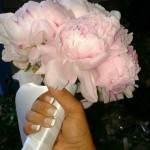